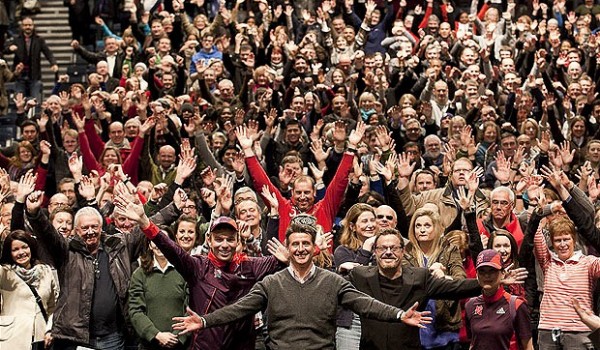 London 2012 is in full swing and the city is bathed in an aura of optimism and excitement.
The games have thus far been a huge success boasting a great atmosphere, efficient organisation, stunning venues and generally a whole lot of people having a very good time. 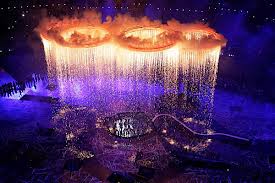 The opening ceremony was a triumph – funny, quirky, chaotic and profoundly human. Most importantly it emphasised the values with which as Londoners we like to think we identify – cultural and social liberalism tempered by a sense of solidarity. Ask anyone who claims to enjoy living in London ‘Why?’ and they will cite the fact that this city is the biggest melting pot of cultures and identities in the world.  Here, the theory goes, anyone can be whatever they choose (religious/irreligious, punk or preppy etc) and express who they are (black/white; British/Brazilian/Bangladeshi; gay or straight etc.) without fear of victimisation or discrimination.
In London this crazy and chaotic mix of everything imaginable works and it does so because Londoners understand that it doesn’t matter what you look like or where you’re from or how you choose spend your free time. Londoners are valued for their humanity and for their contribution to the ‘marketplace of ideas’.

This is what we like to think and this is certainly the London that is on show to our Olympic visitors.   This is probably the only Olympic city which will ever be able to say that every national team competing has supporters within the ranks of the city’s inhabitants. The thousands of Londoners who have volunteered to help out during the games, and the even more thousands who have gathered to watch them have been good-humoured, welcoming and generous.  Amongst the athletes of team GB there are people whose ethnic origins span the globe – Luol Deng the basketball player who was born in Sudan and grew up in Brixton;  Boxer Anthony Joshua  from Finchley in north London has Nigerian Roots, Moe Sbihi (from Surbiton) who is of Moroccan descent now rows for GB and the list goes on at length.

However amid all the euphoria I was reminded of the other face of Londonthe other day when I picked up a newspaper whilst travelling on the Tube. It was a local paper from Newham one of the boroughs in which the 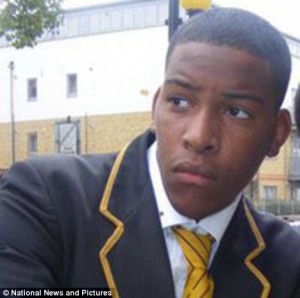 Olympic park is situated.  The front page was shared a picture of the Olympic torch captioned ‘Inspiring a generation’ and a story about the conviction of three teenage boys for murdering 16-year old Ailton Campos D’Oliveira.   Ailton was a bright boy who was not involved in gangs but who was apparently targeted because of his friendship with members of a particular gang.  A group of twenty youths chased him down, beat him with metal bars and base-ball bats and finally stabbed him to death.  In the course of the killing Ailton attempted to get help by knocking on the doors of local houses. Nobody opened their door to him but eventually somebody did call the police.  Whether the police ever arrived is not clear from the article. Instead the boys ran off and a resident found Ailton slumped in a front garden.  He died of his wounds in hospital.  Only three of the twenty or so youths involved in the attack have been convicted the rest currently share the streets of East Ham with Ailton’s family.

On the same day that this story appeared another disturbing story emerged.  The inquest into the death of Londoner 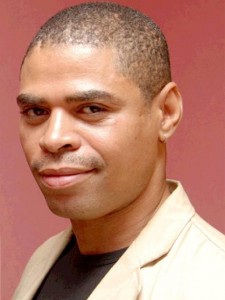 Sean Rigg who died in police custody held that police had used unnecessary force to detain him and failed to pay due attention to his deteriorating health whilst in custody.  Sean was a talented musician and karate expert who suffered from paranoid schizophrenia and had decided to stop taking his medication.  The hostel where he lived noticed that his mental state was deteriorating and, fearing a psychotic episode, they contacted the mental health authorities to try and have him placed in a secure mental health facility.  They were told by these authorities to call the police. Hostel staff duly called ‘999’ and were told that their problem was not urgent.  The police only responded when Rigg had left the hostel and a member of the public called ’999′ to say that he was threatening people in the street. The response team was not aware of his mental health problems.  They restrained him and held him face-down in the prone position for 8 minutes – much longer than necessary to get him under control.  They then put him in a van and took him to a police station. There they left him in the van and failed to notice that he was losing consciousness.  Indeed when they did notice they suggested he was ‘faking’ it.  When they took him out of the van he had to be helped to walk and when they arrived at the door of a holding cell Sean Rigg collapsed and died.  Failures by the police and the local health trust all contributed to his death.

What these stories highlight is that London in 2012 is still a particularly tough place to be if you are a young black man and/or have mental health problems.  Gang related violence is rife in the poorer boroughs of East and South London.  Young black boys living on the tough streets of under-resourced boroughs find themselves in an environment which is inherently dangerous. They can either join the gangs and hope that this will offer them some level of protection and some control over their fate or refuse to join the gangs and take their chances – young black boys (whether in gangs or not) are also the primary victims of gang-related crime.  Add to this the fact that the police are more inclined to victimise them than protect them. The issue of ‘deaths in custody’ has long been a major concern for the black community in London.  There is a long-standing campaign against the refusal of the police to explain and take responsibility for the very high proportion of such deaths which involve young black men.  And these are only the most extreme cases.  Another sore point for young black men is the way they are targeted by police using ‘stop and search’ powers. After the riots last year many ethnic minority rioters expressed frustration over being constantly stopped and searched – picked out and treated roughly simply because of their ethnicity.  Attacking the police was, for them, a case of standing up to a (perceived) oppressor.  The Independent police complaints commission has admitted that are frequent complaints about racist policing and in April this year the Metropolitan Police had to suspend eight officers for racist behaviour.  In both cases this is probably just the tip of the iceberg.

Massive differences exist between the ‘realities’ in which different Londoners live.  It is true that any individual Londoner will make choices and those choices will have a part to play in whether his/her London is more like the London of Anthony Joshua and Moe Sbihi – an environment which enables endeavour, hope and achievement – or more like the London inhabited all too briefly by Ailton Campos D’Oliveira and Sean Rigg.  Sadly, however, for some Londoners good choices, hard-work and responsible behaviour will not yet be enough to overcome the deeply discriminatory environment into which they are born.
London has a long way to go before it becomes the place of our aspirations – a truly open, tolerant and just multi-cultural city.