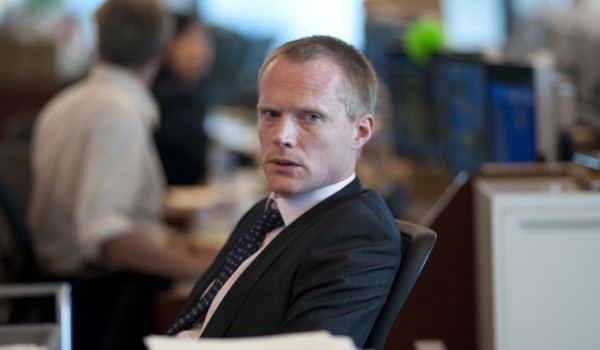 London is awash with yet another banking scandal.
It would appear that Barclays and (as yet unknown other banks) have colluded to artificially lower LIBOR (an important benchmark interest rate).  They did this to enhance profits and to create a false impression of the financial health of the bank. The politicians, the press and the public are consumed by moral outrage. Banker-bashing is once again very much in fashion.  How, they all wonder, could such auspicious institutions in which we all placed so much trust fail to operate according to any kind of recognisable moral standards?  Oh please! 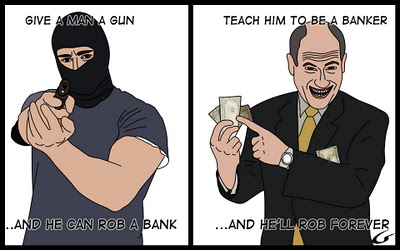 To be brutally simplistic about it capitalism is a system for distributing goods and services by means of an open market. Providers compete on this market to capture the attention and resources of consumers.  Providers seek to gain from their transactions – they sell for more than the cost of production. This is (and must be) their most fundamental aim – to maximise profit. The more competitors they have the less profit they are likely to make unless, of course, they collaborate with their competitors to ‘fix’ the market.  This way the most powerful players in an industry can secure long-term profitability. It is a very subtle form of fraud and not necessarily illegal or even frowned upon in all jurisdictions. Special regulations are required to prevent it. 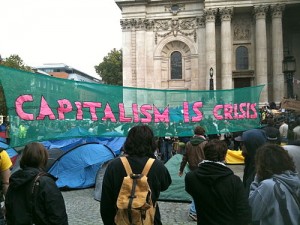 e called a ‘state of nature’ in which the powerful participants not only seek to get the better of their competitors by fair means or foul but also seek to take advantage of the weak through manipulation or force. As Hobbes points out life in such a state of nature can be ‘nasty, brutal and short’. This is especially true for those who end up being the ‘prey’.  But for those who feel like the winners (temporary as this state is) the rewards are a feeling of being able to do anything, of being a master of the universe to whom ‘morality’ and even the law does not apply.

Despite this, many in British society (especially those on the right-wing of politics) are suspicious of strong regulations and heavy sanctions. They fear that placing such constraints upon business will constrain the ability of such businesses to grow and flourish. They acquire this fear due to the unrelenting lobbying of big-business players. This has lead to a political climate in which successive governments have sought to de-regulate where there were regulations (Margaret Thatcher and the banks) and to ensure that whatever new regulation were put in place were not too burdensome to business (New Labour’s light-touch regulation of the financial industry).   The crucial thing to realise though is that we have these governments doing these stupid things, at least in part, because we voted for them and because the politicians we have elected up till now have believed us to hold views which are hostile to regulation. They were not entirely wrong about this either.

All of us are inclined to make lazy assumptions about the value of unrestrained capitalist enterprise. More importantly all of us currently living in the western world have some experience of having been benefited by this unrestrained capitalism in the past. Indeed anyone who has got an education, bought a house, started a business thanks to a bank loan with a manageable interest rate has benefitted indirectly from the shenanigans that were going on in the banks.  Easy money, made possible because the banks make most of their money through complex financial products and because they sometimes succeed in manipulating the financial markets, has made us all feel better off than we are. It has allowed us a quality of life which we could not otherwise afford.  We rail against the undoubtedly unscrupulous and immoral traders but we also participate in their gains.  In the film Margin Call which is about the collapse of a Lehman Brothers-style bank, trader Will Emerson sums up the relationship between finance and ordinary people as follows:

“People wanna live like this in their cars and big fuckin’ houses they can’t even pay for,?.. The only reason that they all get to continue living like kings is ’cause we got our fingers on the scales in their favor. I take my hand off and then the whole world gets really fuckin’ fair really fuckin’ quickly and nobody actually wants that. They say they do but they don’t. They want what we have to give them but they also wanna, you know, play innocent and pretend they have no idea where it came from.”

Capitalism is a zero-sum game – where there are winners there must also be losers. Easy money has allowed a significant proportion of the members of western societies to feel as if they were amongst the winners. As loans become harder to get, it becomes increasing clear who the real winners of our capitalist society are; that there are very few of them and that their success is primarily a product of luck.  The austerity policies of governments bring the contrast even more clearly into focus.   Increasingly the middle classes find that the victims of capitalism are their well-behaved, hard-working neighbours or even themselves rather than the more anonymous poverty-stricken of council estates, Africa and Asia.  Shock and discontent abound.

How to respond positively to this new reality? One thing is for sure – banker-bashing or any other kind of scape-goating will not help.  Whilst t 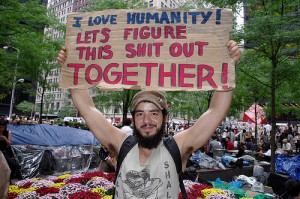 hose who have behaved irresponsibly, immorally or illegally certainly deserve punishment, the whipping up of public outrage against a few individuals is just a distraction.  Our society needs root and branch transformation.  Transformation that starts from us – we need to question our own lazy assumptions about the value of markets as a means of distribution, we need to challenge others to do the same.  We need to think of each other as equals sharing the same plight and work together in solidarity to make it better.  We must require of our governments that they take action to make society more equal and do so as a priority.  The Occupy Movement has become the public face of these ideas but even joining a protest is not the most important thing.  The crucial change that needs to happen is in the way individuals think and behave.   It is not up to politicians to come up with a new way of being that liberates everyone from the excesses of unrestrained markets - it is up to everyone. This is THE challenge of our age.