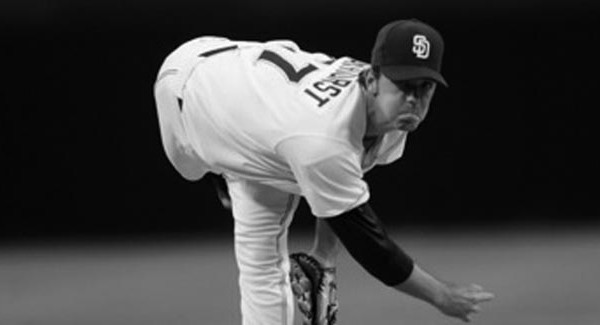 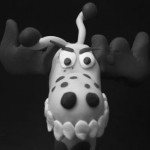 How’s your Italian, do you understand what Graffalce Sputafuoco means?

I have absolutely no idea what that phrase means, but, the first word looks like it might mean “Giraffe”. Google Translate tells me the second word means spitfire… or windsucker. Let’s go with spitfire. So, therefore, if I put the two words together I think I get a fire spitting giraffe, which, if you’re not laughing right now thinking about it, you should be. I guess that would be the Italian way of saying Garfoose?  I like it.

Let’s start with a stupid question you’ve probably heard before. Choose between the Nobel prize for literature and a place in the MLB Hall of Fame.

Nobel prize for literature, hands down. Why? Because baseball is a game, and while you can do many wonderful things through a game, you can change the world with writing. It’s a powerful, beautiful art form and I would much rather be gifted at it than baseball, if I had to choose.

Is it true that your shoulder injury in 2010 was due to excessive mouse usage?

No, my affinity for mice, rats, and other feral rodents had nothing to do with it. It was probably my side hobby as a Ninja Warrior that got me hurt.

Did any of your former teammates or managers get annoyed or confront you about your bullpen stories?

I think what you mean is, were they bothered by me writing? The answer is, yes, very much so. They were very afraid that I would write about them. Baseball players do a lot of naughty things they’d like to keep the world in the dark about. They were afraid that I’d write about them. Some were violently opposed to me doing so. I was a black sheep on many of my teams because of writing, even after I explained that I wasn’t writing about them in an incriminating way. Baseball has been hurt by writers before, so they have reason to be weary of me, but my intent is not to damage reputations, but inspire people through the humanity behind the uniform.

Do you know that when the average Italian sports fan hears about 3 balls and 2 strikes thinks of sadomasochistic games rather than baseball?

Wow. I did not know that. I know that Baseball is not Italy’s top sport, but I wasn’t aware that it was something seen as on par with whips in chains in the bedroom. Well, you learn something new every day, I guess. 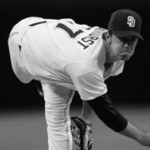 The Italian favorite sports are complaining and being unsatisfied. You are a ‘speaker’, what motivating words can you tell to this country?

Complaining and being unhappy? But there is so much in Italy to be thankful for and fulfilled by. The food, the history, the splendor, and the wonderful people. Please, do not tell me the culture is unhappy, I hope to come there and experience the happiness they have first hand! I’ve spend a long time in the American minor leagues, and there were no renaissance masterpieces, amazing cuisines, historic cities, or fabulous beaches. There is a reason Italy is one of the most desirable places on earth to visit. My advice, take a look around and be thankful because you truly have so much to be thankful for!

From your blog: ‘I think what you need to understand right off is, I’m not doing this because I want to be famous. Yes, I know Italy is not a path back to the majors. Yes, I am scared that it could hurt me financially, wont help me build a big brand name for myself, and wont give me access to the book selling power of our omniscient American sports media coverage. This is a huge life decision, a completely new direction, in a totally different continent— believe me, I know what I’m up against’
Do you really believe this? Simontacchi made his way to the Majors through Italy. The New York Times jumped on the news that you’ve signed for an Italian team. The whole season lasts three-four months and you only play on weekends, the worse case scenario is that you’ll be enjoying a nice holiday… And possibly after two books there will be more to tell about Italian baseball players (actually I could suggest a couple of stories…). May the reason be the opposite: have you signed for the sake of visibility?

I stand by what I said. Simontacchi got into the American Minor League system through the Italian league. He’s very talented, but he did not go directly from the IBL into the MLB. I won’t either. Historically speaking, there are very few players that have ever went from the MLB to the IBL and then back to the MLB, and very few that have made it out of the IBL to the MilB. It is precisely because so few games are played that this is so. The Italian league is not as competitive as the leagues in the US that pay top dollar for top talent and play nearly 4 times as many games. I’m hoping that changes, and that more Italians players who long for American baseball get their wish granted because I support everyone who dreams to make it to the bigs.
However, I’ve accomplished that dream and now I have another: To enjoy baseball all over the world, and the cultures it’s player by.  In regards to your comment that I’m doing this for the exposure, I can assure you, I am not. I’m doing this because, as my article goes onto say though you did not quote it, I want to experience new adventures in baseball, and because I want to experience the joy that Italy is so famous for. If I happen to pull off a baseball miracle while there, all the better. If not, it is as you say, it will be a fantastic experience.

Now a serious question. If you never make it to the Majors (and you don’t write success books), how do you make your earning and rebuild a life after a career in the Minors?

You turn the page. You let baseball go and move onto the something else. Baseball is a job or a game. Sometimes it’s both. What it is not, however, is an identity. We are more than what we do. For many kids who reach the minors, they have sacrifice so much to get there that when they finally fizzle out and crash land back in real life, it’s crushing. When one dream ends, you find a new one and move towards it. Look to whats ahead and let go of what is behind. It’s the only thing you can do in life—baseball is no different.

By reading your blog, I see that your sporting and real life changed when you’ve realized that your fans found out from your writing that there was a human beyond that arm. Now, Nettuno’s fans mainly hope that there’s a arm beyond that writer. What do you want to tell them?

I’m not a one dimensional person. I’m not just an arm. I’m sure when you buy tickets that’s all you’ll be concerned about, and I respect that. I want you to know I take winning very seriously and I will give you everything I have when I take the field with your name across my jersey chest. But, to get me is to get all of me. Writer, player, Garfoose, and person. I’m not something that can be divided into pieces—none of us are.

Given your success as a writer, have you ever considered a literary life beyond the baseball topic?

Who says I’m not working on that life already?